Aston Martin Lagonda Limited is a British manufacturer of luxury cars headquartered at Gaydon, Warwickshire, England. The company name was derived from the Aston Clinton hill climb and the company's founder, Lionel Martin. Today, Aston Martin is owned by a consortium led by Prodrive co-founder David Richards, along with John Sinders, an Aston Martin collector and backer of Aston Martin Racing; and Kuwait-based Investment Dar and Adeem Investment Co.

Aston Martin was founded in 1913 by Lionel Martin and Robert Bamford. The two had joined forces as Bamford & Martin the previous year to sell cars made by Singer from premises in Callow Street, London. Martin raced specials at the Aston Hill near Aston Clinton, and the pair decided to make their own vehicles. They acquired premises at Henniker Place in Kensington and produced their first car in March 1915. Production could not start because of World War 1 and Martin joined the Admiralty and Bamford the Royal Army Service Corps. All machinery was sold to the Sopwith Aircraft Company.

After the war hiatus, the company was refounded at Abingdon Road, Kensington and a new car designed which would carry the Aston-Martin name. Bamford left in 1920 and the company was revitalised with funding from Count Louis Zborowski. In 1922, Bamford & Martin produced cars to compete in the French Grand Prix, and the cars set world speed and endurance records at Brooklands. The company went bankrupt in 1924 and was bought by Lady Charnwood who put her son John Benson on the board. The company failed again in 1925 and the factory closed in 1926 with Lionel Martin leaving.

Later that year, a number of rich investors, including Lady Charnwood, took control of the company and renamed it Aston Martin Motors, and moved the firm to the former Citroën plant in Feltham. John Benson brought in Augusto Bertelli as designer. The 1929 Aston Martin International was another successful racer and was followed by the Le Mans and the Ulster. Financial problems reappeared in 1932 and the company was rescued by L Prideaux Brune who funded it for the following year before passing the company on to Sir Arthur Sutherland. In 1936, the company decided to concentrate on road cars. Car production had always been on a small scale and from the company's founding until the advent of World War II halted work only about 700 had been made. During the war years aircraft components were made.

In 1947, David Brown Limited bought the company under the leadership of managing director David Brown — its "post-war saviour". David Brown also acquired Lagonda that year, and both companies shared resources and workshops. In 1955, David Brown bought the Tickford coachbuilding company and its site at Tickford Street in Newport Pagnell, and that was the beginning of the classic series of cars bearing the initials 'DB'. In 1950, the company announced the DB2, followed by the racing DB3 in 1957 and the Italian-styled 3.7 L DB4 in 1958. All the cars established a good racing pedigree for the firm, but the DB4 was the key to establishing the company's reputation—which was cemented with the famous DB5 in 1963. The company continued developing the "grand touring" style with the DB6 (1965–70), the DBS, and the DBS V8 (1967–72).

Despite the cars' appreciation in value, the company was often financially troubled. In 1972, it was sold to a Birmingham-based consortium, and resold in 1975 to the North American businessmen Peter Sprague and George Minden. The new American owners pushed the company into modernizing its line, producing the V8 Vantage in 1977, the convertible Volante in 1978, and the one-off William Towns-styled Bulldog in 1980. Towns also styled the futuristic new Lagonda saloon, based on the existing V8 model. The Americans sold the company to CH Industrial, who themselves turned the company over in 1983 to Automotive Investments who, in turn, lasted barely a year before selling the company to Peter Livanos and company chairman Victor Gauntlett. In 1986, the Ford Motor Company purchased 75 per cent of the company, later gaining complete control of the company.

In 1988, having produced some 5,000 cars in twenty years, the company finally retired the ancient V8 and introduced the Virage range. In 1992, the Vantage version was announced, and the following year the company renewed the DB range by announcing the DB7.

In 1993, Ford finally bought Victor Gauntlett's shares and took full control of the firm, placing it in the Ford Premier Automotive Group. Ford substantially invested in new manufacturing and quickly ramped-up production. In 1994, Ford opened a new factory at Banbury Road in Bloxham. In 1995, the company produced a record 700 vehicles, in 1998 the 2,000th DB7 was built, and in 2002 the 6,000th — exceeding production of all previous DB models. The DB7 range was boosted by the addition of V12 Vantage models in 1999, and in 2001 the company introduced the V12-engine Vanquish.

2003 was a significant year for Aston Martin. At the North American International Auto Show in Detroit, Michigan, U.S.A., Aston Martin introduced the new AMV8 Vantage concept car. Expected to have few changes before its introduction in 2005, the new AMV8 Vantage brings back the classic V8 engine and will allow the company to compete in a larger market. The year also saw the opening of the Gaydon factory, the first purpose-built factory in Aston Martin's history. Also introduced in 2003, was the new DB9 coupé, which replaces the ten-year-old DB7. A convertible version of the DB9, known as the DB9 Volante, was introduced at the 2004 Detroit Auto Show.

In December 2003, Aston Martin announced they would return to motor racing in 2005. A new division was created, called Aston Martin Racing, who will be responsible, together with Prodrive, for the design, development, and management of the DBR9 program. The DBR9 will compete in the GT class in sports car races including the world-famous 24 hours of Le Mans.

In light of mounting financial pressure, and after internal review of costs and value, Ford decided to look at selling parts of its Premium Automotive Group. After suggestions of selling Jaguar Cars, Land Rover or Volvo Cars, Ford appointed UBS AG to sell Aston Martin by auction. At the end of August 2006, Ford announced that it would be willing to sell all or part of Aston Martin. Bill Ford said: "As part of our on going strategic review, we have determined that Aston Martin may be an attractive opportunity to raise capital and generate value". Auto Express reported that Ford hopes to achieve £600m from the sale. The Financial Times reported on 1 September 2006 that Ford wanted $2 billion.

It was reported that the world’s two biggest luxury goods firms are locked in a battle to buy Aston Martin from cash-starved Ford. Swiss-based Richemont and French holding company Louis Vuitton Moët Hennessy have emerged as most likely to take on Aston, despite having no previous experience in the car industry. Sunday Telegraph announced that Permira, Alchemy Partners and Texas Pacific Group are lining up bids of up to £500m, along with Jac Nasser, now a partner at One Equity, the private equity arm of JP Morgan. BMW have excluded themselves, as have most of the recognised car companies, in light of the cash-rich private equity money.

The first round of the auction closed on 30 November, 2006. One of the four survivors is Syrian-born billionaire Simon Halabi, who recently bought the Esporta fitness-club chain, while the Australian bid includes James Packer, Australia's richest man.

While the auctions seems to be going well, recent reports indicate that Aston Martin CEO Dr. Ulrich Bez is unhappy with the way Ford is handling the sale of the company. The bare, unmanned Aston Martin stand at the recent Detroit North American International Auto Show was reportedly Dr. Bez' way of expressing this.

The German auto newspaper Autobild reported on 2 February 2007 that the luxury goods conglomerate LVMH had bought the company for an undisclosed sum. The paper cited "Anonymous, but well-placed sources" with the information. It was later reported by Autocar magazine that LVMH had denied the news as "rubbish".

On 12 March 2007 a consortium led by Prodrive chairman David Richards purchased Aston Martin for £475m ($925m). Prodrive has no financial involvement in the deal. Ford will keep a stake in the company (valued at £40m). The consortium also consisted of John Sinders, an Aston Martin collector; and two Kuwait investment companies, Investment Dar and Adeem Inveestment Co. 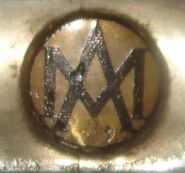 A
E
L
N
Retrieved from "https://classiccars.fandom.com/wiki/Category:Aston_Martin?oldid=58303"
Community content is available under CC-BY-SA unless otherwise noted.