Ferruccio Lamborghini was born in Italy in 1916. He was fascinated with engines from an early age. During World War II he joined the army and was stationed on the island of Rhodes. Fortunately there was little going on there during the war. The island was essentially isolated from the rest of the world. Any cars, trucks or motorcycles that broke down had to be repaired on the spot with reused parts. Lamborghini became known as a wizard at mechanical improvisation and became very much in demand at fixing engines. After the war he returned to his home near Modena in northern Italy and setup a small car and motorcycle repair shop. He soon realized that there was a desperate need for tractors in the agricultural area in which he lived. He found he could build about one tractor a month from derelict military vehicles. As Italy's economy grew demand for his high quality tractors started to grow. He began building his own tractor engines. His tractor business became very successful reaching a rate of over 400 a month in 1960. He soon looked at expanding the business and in 1960 began manufacturing heaters and air conditioning units for buildings as well as maintaining the tractor business. This too became very successful. About this time Lamborghini started to get interested in developing a high performance car. He had owned Oscas, Maseratis and Ferraris but was always disappointed with them. Particularly their engines. There is a now famous story about how he was frustrated with problems he had with a clutch in a Ferrari (a Ferrari 250 GT), and went to visit Enzo Ferrari who's factory was nearby. Enzo had no time for a tractor manufacture and simply dismissed him. Lamborghini decided there was nothing Ferrari was doing he could not do better. He decided too build his own car with a V12 engine. For the design he found a very talented engineer named Giampaolo Dallara who had previously worked on a Ferrari V12 engine.

Creation of the Lamborghini 350GTV

The new engine had 4 cams, a short stroke and 4 big bore valves per cylinder. It developed a surprising 350 HP. It was an all aluminum engine with a crankshaft supported by seven main bearings. These crankshafts were machined from SAE 9840 steel. The connecting rods (12) were of SAE 4340 steel. The pistons were of forged aluminum. Each pair of camshafts were driven by their own half engine speed sprocket and silent chain. This engine was really the prototype for all future Lamborghini engines. A body designed by Scaglione-Touring was used to house the engine.

The Lamborghini "350 GTV" prototype was shown to the public on the Turin Auto Show of 1963. Sales started the following year. The car was called the 350 GT. It was a complete success. Over 130 were sold.The future of Automobili Lamborghini looked very bright during the sixties. The 350 GT was succeeded by the 400 GT and then the 400 GT 2+2. The 350 GT and 400 GT 2+2 made the Lamborghini name known throughout the world. With the funds coming in from these cars and his successful tractor business Ferruccio allowed his engineers to design and construction a new car - the Lamborghini Miura. The Miura made the Lamborghini name legendary. It was a car truly ahead of its time. It shocked even companies like Ferrari and Maserati.

The Miura was first shown on November 1965 at the Turin Auto Show by Ferruccio Lamborghini himself. Only the chassis was shown at the show, the engine was transversely mid-mounted, something up to then only seen in real F1 race cars. The design of the body was executed by Marcello Gandini in less than a year, and on the March 1966 Geneva Show it was completed and on display. It looked even better than in Turin. The car was very aggressively styled, and an appropriate name was chosen for it, the Miura, a name taken from the ferocious Spanish fighting bulls. Again the car was a complete success.

This was followed in 1973 at the Geneva Auto Show when Lamborghini shocked the world again with his revolutionary LP400 Countach. Only a prototype was shown. Today it is difficult to realize the impact that car had on everybody at that time. Even now the car is a show stopper! The car at the show was painted in a bright red and with a black suede interior. It showed for the first time, the by now, famous, Lamborghini signature swing up doors. It also displayed unique vertically mounted rear air intakes to go with its powerful 4 Liter engine.

In 1974 disaster struck. The Lamborghini tractor business received a major setback. A massive order for tractors to a south American country was cancelled. Lamborghini anticipating the demand, had previously upgraded the tractor factory to be able to build the numbers of tractors required. The company lost a lot of money over it. Compounding things also at this time was a series of labor problems at the factory. While his personal fortune was still considerable he decided to sell part of his share in the factory. Eventually the factory was taken over by Fiat.

During the seventies the company survived on sales of Miura's. The car business started to be self sufficient and make money. However Lamborghini eventually sold all his remaining stock in the company to a Swiss investor. The company to this day still retains his name however. Ferruccio Lamborghini died in February 1993 at the age of almost 76

The oil crisis of the 70's started to made sales of high performance cars difficult. Production art the factory was plagued with budget and parts supply problems. People gave up waiting for cars with two year back orders. A wealthy Canadian, Walter Wolf, played a major role is supporting Lamborghini and developing the Countach during these difficult times.

In 1978 the company declared bankruptcy. An Italian court was appointed to find a buyer. A Swiss based group called the Mimran brother's were able to save the factory. Patrick Mimran (one of the brothers), in 1980 started to turn the company around. The Countach was developed further under him from the LP500 S right up to the impressive QuattroValvole. .

Just as things were going well, the Mimran brothers sold the company to Chrysler Corporation. This was a big surprise at the time. Chrysler support however was just what the company needed at that time. They were working on a Countach successor -- the Diablo. Chrysler kept the winning team together in Italy. While the cultures of the two companies were different and things got stressful between the management groups, they did succeed in bringing the vast resources of Chrysler to bear on the design, pollution controls, and new manufacturing techniques etc. for the new car.

Again the result was an outstanding success. The new Lamborghini Diablo got rave reviews everywhere it went. However in another twist of faith, in 1994 Chrysler fell upon hard times and had to sell the company. It was bought by an Indonesian investment group headed by Tommy Suharto of the well known Suharto family. Unfortunately in the late 90's an economical crisis started to hit the Indonesian owners hard and the much needed money for research on a successor to the Diablo started to dry up.

Fortunately the German company Audi had an interest in Lamborghini. On August 4 1998, in a complex series of transactions Audi AG became the sole owner of Automobili Lamborghini. As in the case of the Chrysler buyout, this could not have been a better time for Lamborghini. Audi took an active role in designing the Murcielago and brought to the table again the vast resources of a major automobile company to develop and produce another exotic car.

Lets hope this is the last chapter of ownership changes in this unique little Italian car company. It is to the credit of the people there that they have hung in to all the changes of ownership they have experienced over the years and yet produced such exciting cars. 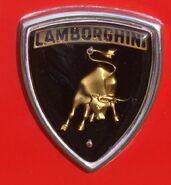 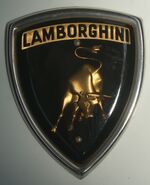 Add a photo to this gallery

L
Retrieved from "https://classiccars.fandom.com/wiki/Category:Lamborghini?oldid=47229"
Community content is available under CC-BY-SA unless otherwise noted.