One of the best icons in this comedy is the 3 wheeled vehicle, the Reliant Regal, that makes only fools and horses one of the greatest comedies and is a very recognisable icon in the comedy. the old banger carrys there goods from there flat to the market stools and is a key source to the so-called success. 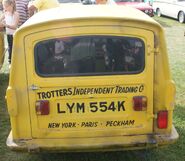 Rear of the vehicle 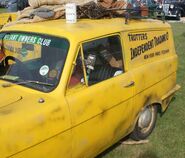 Side of the vehicle 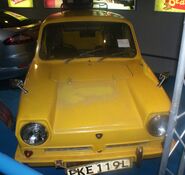 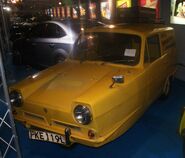 Del Boys Regal Van
Add a photo to this gallery
Retrieved from "https://classiccars.fandom.com/wiki/Only_Fools_and_Horses?oldid=60946"
Community content is available under CC-BY-SA unless otherwise noted.