Start a Wiki
The Volkswagen Golf is a small family car manufactured by Volkswagen since 1974 and marketed worldwide across six generations, in various body configurations and under various nameplates – as the Volkswagen Rabbit in the United States and Canada (Mk1 and Mk5), and as the Volkswagen Caribe in Mexico (Mk1).

Most production of the Golf was initially in the 3-door hatchback style. Other variants include a 5-door hatchback, estate/wagon (Variant, from 1993), convertible (Cabriolet and Cabrio, 1979–2002), and a Golf-derived notchback saloon/sedan, variously called Volkswagen Jetta, Volkswagen Vento or Volkswagen Bora (from 1979). The cars have filled many market segments, from basic personal cars, to high-performance hot hatches.

Every generation of Golf has been a runner-up in the European Car of the Year awards, but only one has been a winner, the Golf Mk3 in 1992.

In May 1974, Volkswagen presented the first-generation Golf as a modern front-wheel-drive, long-range replacement for the Volkswagen Beetle. Later Golf variations included the Golf GTI "hot hatch" (introduced in June 1976), a diesel-powered version (from September 1976), the Jetta notchback saloon version (from October 1979), the Golf Cabriolet (from January 1980) and a Golf-based pickup, the Volkswagen Caddy.

September 1983 saw the introduction of the second-generation Mk2 that slightly grew in terms of wheelbase, exterior and interior dimensions while retaining, in a more rounded form, the Mk1's overall look. In 1985, the first Golfs with four-wheel-drive (Golf syncro) went on sale with the same Syncro four-wheel-drive system being employed on the supercharged G60 models, exclusively released on the continent in 1989 with 160 bhp (120 kW) and ABS braking.

A Mk2-based second generation Jetta was unveiled in January 1984. There was no Mk2-based Cabriolet model; instead, the Mk1 Cabriolet was continued over the Mk2's entire production run. 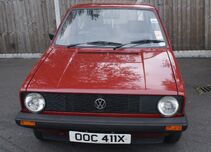 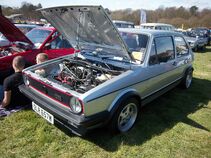 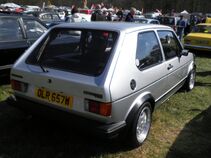 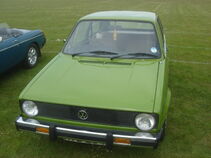 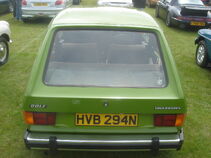 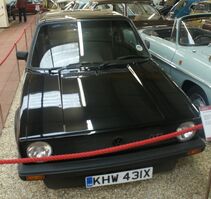 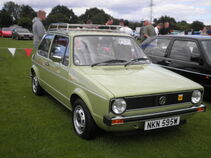 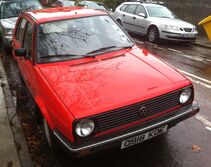 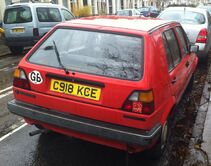 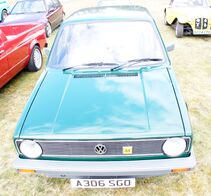 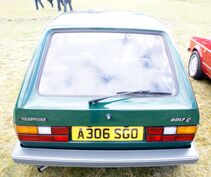 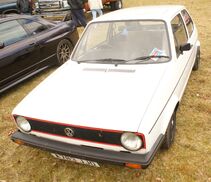 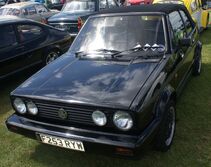 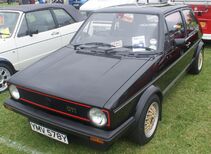 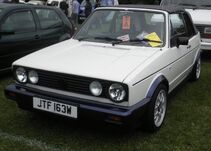 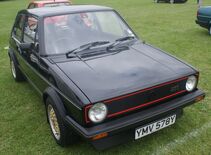 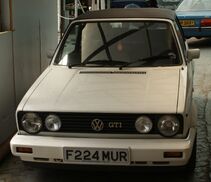 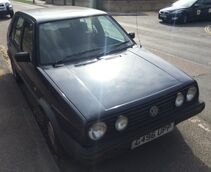 Volkswagen Golf
Add a photo to this gallery
Retrieved from "https://classiccars.fandom.com/wiki/Volkswagen_Golf?oldid=63466"
Community content is available under CC-BY-SA unless otherwise noted.